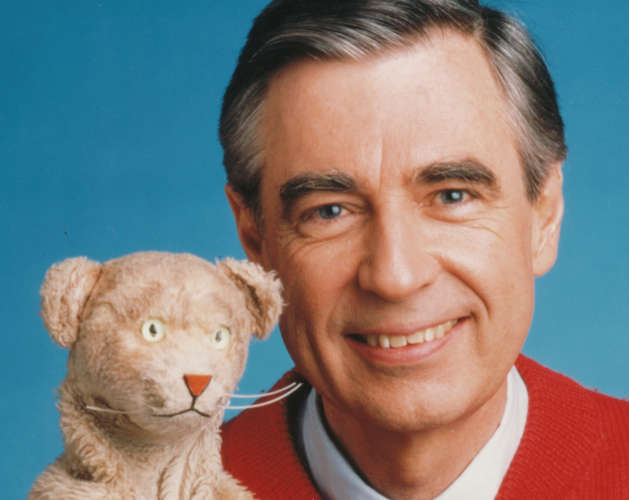 Did I not mention that I’ve seen Won’t You Be My Neighbor? Gah! I saw it last Tuesday.

I read or someone mentioned that they cried when the trolley hit the tracks. Well, I cried during the open sequence. When I heard Mr. Rogers friendly voice sing out the theme song, I died.

I love this movie. I was so very moved by the story. Mr. Rogers was an ordained Presbyterian minister. He lived every bit of a Christian life and touched so many lives doing so. He was allowed to follow his heart, passion and creativity. His son described him as the second Christ. LOL Hard living with Jesus for a father. LOL

What a wonderful man Mr. Rogers was. I wish he was my father. Or that my father could have been like him. Or just to be his friend and neighbor would have been enough. I was always calmed and enthralled by the show Mister Rogers’ Neighborhood. I love that our world allowed a show like this to exist, even for a short time.

There is goodness in the world. Mr. Rogers was proof.

“When I was a boy and I would see scary things in the news, my mother would say to me, “Look for the helpers. You will always find people who are helping.”–Fred Rogers